TORRANCE, Calif., May 16, 2019—DocMagic, Inc., the premier provider of fully-compliant loan document preparation, regulatory compliance and comprehensive eMortgage services, announced that the company will participate in Red Nose Day for the second year, transpiring on Thursday, May 23. 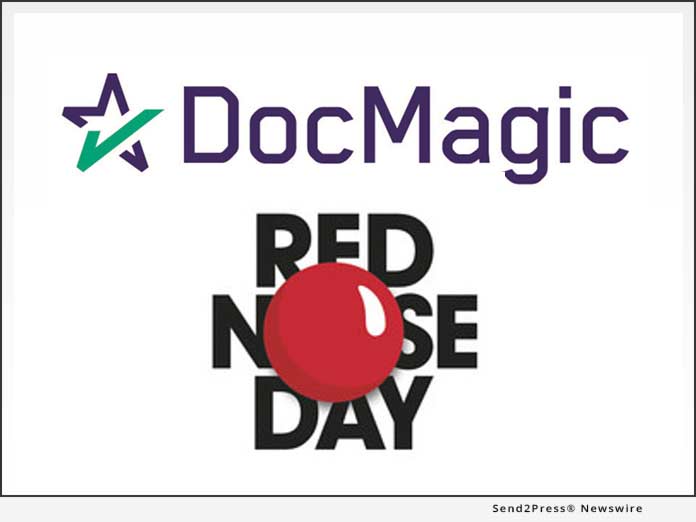 Now in its sixth year, Red Nose Day is a collective effort focused on ending child poverty both in the U.S. and some of the poorest areas throughout the world.

“Being a part of Red Nose Day helps an incredibly good cause and we are happy to join together to support the event,” said Dominic Iannitti, president and CEO of DocMagic. “Our employees enjoy celebrating the day, giving back in the process, and most importantly assisting children in need.”

Since the launch of Red Nose Day in 2015 as a registered U.S. public charity operated by non-profit organization Comic Relief Inc., the fundraising campaign has collectively raised nearly $150 million. Funds are evenly split to support both domestic and international programs to create awareness, keep children safe, healthy and educated.

This year, DocMagic plans to incorporate a new twist into Red Nose Day, introducing a variety of fun red props. A brief video of DocMagic employees partaking in Red Nose Day last year can be viewed here:  https://youtu.be/D9epRV9vk2Y. DocMagic videos and photos of the 2019 event will be posted to the company’s blog after May 23.

Red Nose Day is a fundraising campaign run by the non-profit organization Comic Relief Inc., a registered U.S. 501(c)(3) public charity. Red Nose Day started in the U.K., built on the foundation that the power of entertainment can drive positive change, and has raised over $1 billion globally since the campaign’s founding in 1988. Red Nose Day launched in the U.S. in 2015 with a mission to raise money and awareness to end child poverty, and has raised over $95 million to date for the cause.

Money raised goes to the Red Nose Day Fund, which supports programs that keep children in need safe, healthy and educated, both in America and abroad. Beneficiaries include the Boys & Girls Clubs of America; charity: water; Children's Health Fund; Covenant House; Feeding America; Gavi, the Vaccine Alliance; Laureus Sport for Good; National Council of La Raza; Oxfam America; Rotary/End Polio Now; Save the Children; and The Global Fund. Since launching in the U.S., Red Nose Day has received generous support from millions of Americans, hundreds of celebrities and many outstanding partners, including Walgreens, NBC, Mars, and the Bill & Melinda Gates Foundation.  For more information, visit the Red Nose Day website at www.rednoseday.org.  Follow@RedNoseDayUSA on Twitter and Instagram, and on Facebook at Facebook.com/RedNoseDayUSA.

Please provide the following information
and we will contact you to schedule a demo: